art and conversation: boxed in

I have to say that you all made my week with your variety of hilarious, outraged, and thoughtful comments about the  hypothetical Box Person.  My goodness, you have strong opinions!  But that is what made this conversation so much fun.  I hope you all had a chance to read everybody else's comments.
True confessions: I am not sure where I stand -- which is why I passed the buck to you guys.  I can understand everybody's viewpoint: does that mean I don't have one of my own??  Considering that I am frequently accused of being opinionated, this waffling does not do much for my reputation.
When this hypothetical situation was first posed to me (it never happened, in case you are wondering) I was vastly amused. I pictured something like this without the box on the head (although considering many of your reactions, it would probably be a good idea). 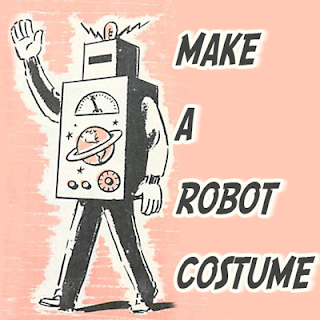 The back story, which I did not give you,was that the box person really, truly, honestly thought this would be a tribute to the artists and would support the theme of the exhibit. The  b.p.'s intention was well-intentioned - a dash of high spirited support for the show, not self-aggrandizement.  The imaginary b.p. assumed that it might be a momentary distraction but that people would glance, dismiss, then turn back to the art (as someone commented).
Nonetheless, after my initial amusement, and despite hearing the back story, I put myself in the artists' shoes and wondered if the artists might feel upstaged and take this gesture in a totally different spirit in which it was meant. Hmmm...I am sort of sorry to find that my instincts were not far off the mark.

Does intent matter?  If the gesture was meant in lighthearted fun, was it still rude if some people perceived it that way?  Or was it a charming moment that irritated certain others? There were those who perceived it one way; some the other. I honestly don't know: my own personal jury is still out, but talking about it has been wonderful fun!

Thanks for participating and stay tuned.

Quilts are a piece of art just like their maker. The thing that makes each beautiful is that each is unique and special. Sometimes you as the designer forget something and so I am reminding you:It is not only the month for Halloween, but breast cancer awareness month!!! Treat yourself or a loved one because you care! I am just stopping by with a reminder to do your self breast exam.
Here's a fun place to start! Everybody loves boob lube! http://www.youtube.com/watch?v=9p8pIHy2GRI

I found lots of interesting information here. The post was professionally written and I feel like the author has extensive knowledge in the subject. Thanks you for the info.

Interesting post and discussion. It seems to me that for some things you have to just laugh and shrug--like for the box man. Worse things can happen!
best, nadia