First there was the 20 minute (which felt like 20 mile) detour on the way to the Holland Tunnel because they are rebuilding the road which is the most direct route.  Then there was the unending wait to get into and through the tunnel. I wondered if it was the aftermath of the car chase and shooting/capture of two criminals in the tunnel a day or two ago. But no: an announcement over the radio as I sat in the tunnel, said there were roads closed and would be delays because of the annual 5 boro bike tour.  So 5 million bicyclists were holding up the works!  Great.  Why didn't I know about this? I could have taken the train.

Fast forward to an hour and a half later and I arrived at Jessica's. We had to leave because there was an open house, so we put Emma in the stroller and went out to Beast, our favorite place for brunch and other meals. 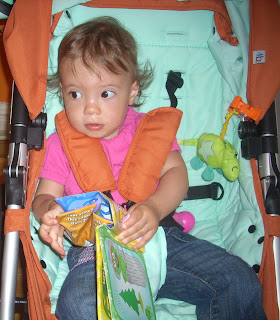 Brunch means bloody marys - which we finally got.  I will not describe the hour and a half wait for our food, but I think this says it all. 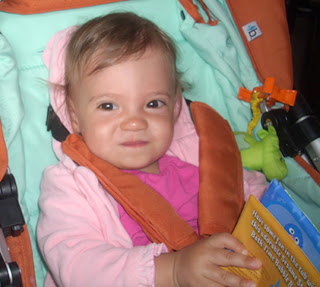 Without going into details of WHY it was so delayed, suffice it to say the waitress brought us two more bloody marys, a comp French Toast (which miss E. ate while waiting for her scrambled eggs) and although the food was delicious when it FINALLY came, the waitress comped us the whole meal. Exactly right.
Brooklyn street scene 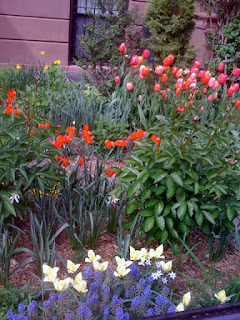 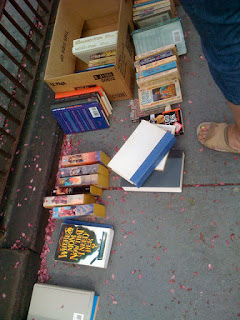 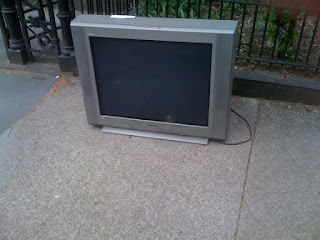 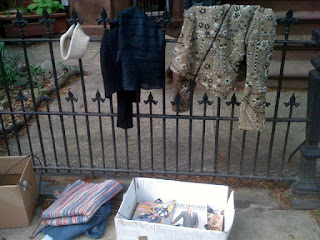 It took me two hours to get home. After I got off the Manhattan Bridge I spotted this useful sign. 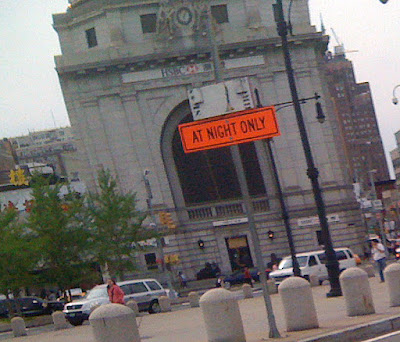 On Canal Street, there was so much traffic to the tunnel that there were traffic cops on every cross street.  So, not only did we stop at red lights, we stopped at green ones. What should have been a 20 minute ride took an hour.  As I sat at a red? green? light near the tunnel, I saw a strange sight. 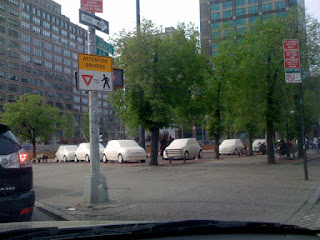 Huh?  Lots of identical things that looked like cars.  But what were they?

Sculptures?  Whatever it was, New York Street Art at its weirdest.

One more visual treat as I was going into the tunnel.  The truck! The sides were great, too - but I missed them. 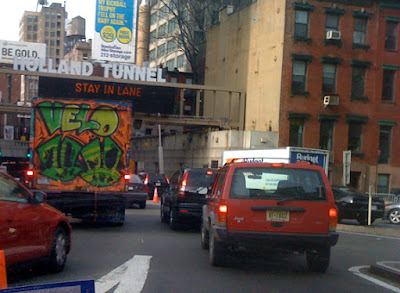 All in all I spent twice us much time in the car as I did with my kids. But it was worth it. And before i left, Jessica gave me my mother's day gift. I opened it while I was with her.  Thanks, Jess! 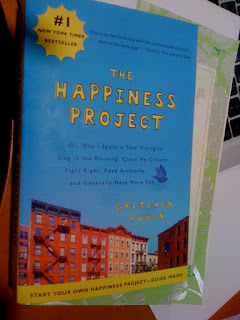 Exactly what I need! I think I'll start reading it now.

The meaning of the street art is pretty clear to me: "Don't try to reach NY by car, it's pointless."

Pretty cute little gal there. Thanks for sharing her. Del

(how are you liking the book?)