Lawrence has a pretty nice downtown -- people actually shop there! Bonnie and I spent most of Thursday wandering in and out of stores and galleries. Our first stop -- midmorning snack - was Wheatfields Bakery and Cafe -- which may have the best bread on the planet. I want to go back there today. Sadly, they do not do mail order. Second stop was the Birkenstock store, which did not actually have a huge selection. I discovered that the size I need depends on the particular model of the sandal, and they didn't have the right size in the color I wanted. So, when I got back home, I went on-line and ordered two pairs from two different on-line sources. You will, of course, see a fashion shot when I get them at home. We stopped at an antique mall, where I bought a couple of instant ancestor photos and this wonderful item. 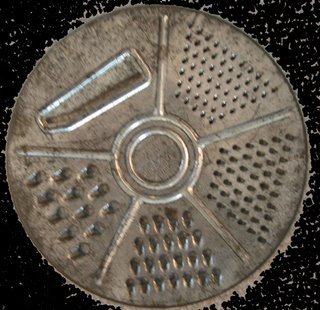 Next door was an old fashioned hardware store that smelled like the one I grew up in and had almost everything you can't find anywhere else. After browsing for found objects,however, I found only this one item, which cost all of 19 cents. 19 CENTS? You can't buy ANYTHING for 19 cents!! The hardware store guy said he had to take a picture of the particular item, so I whipped out my camera. 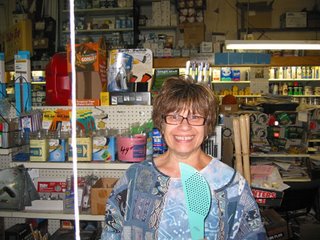 Lawrence also has a very nice Chico's - almost as nice as the one in Columbus. What is it about the midwest and Chico's that makes them so much better than the ones in NJ? First of all, the people who work there are sooo much nicer. Second, they just seem to have what I need when I need it. I came out of there poor but happy. Last stop of the afternoon was the pedicure parlor.

Finally, I took my hosts out to dinner. 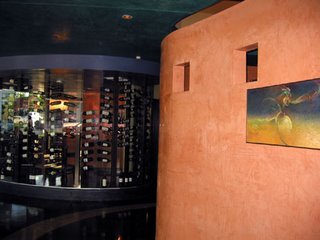 They picked the best restaurant in Lawrence and trust me, it was elegant. Art on the walls and ahead, the bar, which twinkled. After that, so did I. Need I say more? 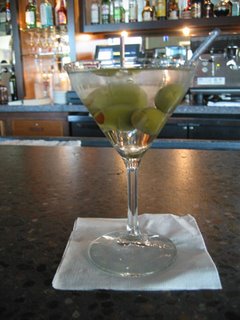 I just got to Sharon Bass' house and am getting to know her. Will check in tomorrow.

What a great grater! Lawrence is a cool town -- enjoy it!

I love the Chico's! I haven't checked out the stores in Portland, yet.
When I was at Art Quilt Tahoe last year, my roomie was a Chico's employee from Missouri. She entertained me by telling me who was wearing Chico's clothing all during the week.

Caryl Breyer Fallert says she stopped making her own clothing when she discovered Chicos!

So you are in good company!

19 cents for the strainer? I had one like that, & my exhusband & I argued over who got to keep it when we splint! Maybe I should buy him one & send it to him!

I went to KU so I've spent many many delightful days in downtown Lawrence, but that was before Chicos, Starbucks or even Border moved in. And Paradise Cafe was the best bread in town and beer from Free State Brewery. I'm not sure if any of those places are even there anymore. (It's only been 14 years!) And before I was an art quilter, I knew Sharon Bass as a journalism professor! Times change!